About Us - Flint Avenue Marketing

Think of Flint Avenue Marketing as your chosen outsource marketing department that aligns perfectly with your mission, vision, voice, and values to deliver marketing success through overarching strategies across marketing platforms, in any language, worldwide. At Flint Avenue, your team is comprised of marketing strategy experts with decades of experience in all things marketing including new product introductions, branding, go-to-market roadmaps, search engine optimization (SEO), content marketing, and user adoption and experience (UX). In short, Flint Avenue provides you with everything from fit-for-purpose marketing strategies to turnkey project execution – all brought to you by award winning marketing professionals, project managers, writers, editors, graphic designers, social media gurus, website developers, and more. 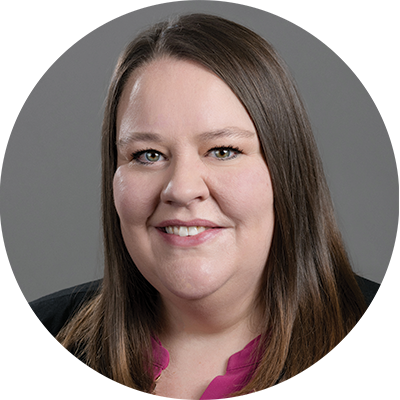 Amy Wood, CEO, is an award winning marketing strategist with over 15 years of international experience in product and service marketing and strategic planning. Her background is primarily in energy and technology industries, servicing global brands with content development, design, and delivery.

Amy has a passion for people, providing service with excellence, and for her FAM team. “I work hard to find opportunities for our people that allow the flexibility to do what they love, live where they feel inspired, and work in a collaboration with others doing the same thing. It isn’t always easy managing remote teams, but we’ve figured out the secret sauce and everyone gets to benefit from it.”

Amy also serves on the Chamber of Commerce ambassador team, advisory council for Frenship ISD, 1 MillionCups leadership team, Texas Tech Innovation Hub mentor team, as the president of the Lady Leaders of Lubbock, on the executive team for Partners in Enterprise, and other civic projects. 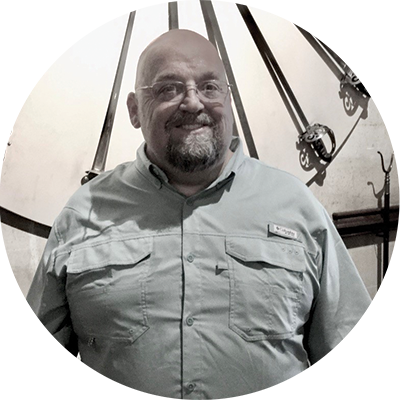 Carl serves as Chaplain and Chief Accountability Officer (CAO) to Flint Avenue. Carl’s day job as project manager on staff at a large, multi-campus church in Lubbock, Texas provides a unique perspective of support for the Flint Avenue family, clients, and friends. Carl is available to meet with team members needing encouragement, prayer, and as an accountability partner for integrity in company decisions and actions. Carl is married to CEO, Amy Wood. They have five grown children, one son, and two daughters, a son-in-law, and one to be, and the entire family’s joy, a sweet newborn granddaughter.

As a 10 year old child, in 1983, I was taught basic computer programming. I loved it and decided that programming is what I wanted to do with my life.

I joined the Navy on January 6, 1992. I completed Naval Nuclear Propulsion training, the most intellectually challenging training in the military. I was assigned to the aircraft carrier Enterprise, CVN-65, in 1994. I served onboard Enterprise for four years.

Every person that comes on board a nuclear powered ship is required to have training in basic radiological controls. While assigned to Enterprise, it was my job to provide and track that training and prove to the body that oversees such things that the training was administered. In 1997 I created a database to track the training. Around the same time, I helped in the creation of a database system that recorded the amount of occupational radiation exposure accumulated by crew members when working in the nuclear spaces. These projects rekindled my passion for software development.

After leaving the Navy, I worked in my family’s business – a title insurance company. I created a database system there that enabled users to enter details about instruments on file with the county and subsequently search these records for details about land and mineral ownership.

In 2001, I married a friend from high school and registered for classes at Lubbock Christian University the same day. I graduated 3 years later, with a 4.0 GPA. Before I graduated, I started my first custom software business, creating a database system for a customer that was building a directory of services for seniors.

Between 2004 and 2014 I worked on many custom software projects. One of the largest projects was a system that enabled a 6 campus for-profit college to manage every aspect of running the college, and which saved them $15K every week.

In 2014 I cofounded another custom software development company, and grew that company to 13 employees in 3 years. We worked on a lot of different projects in that time, including a mental health practice management system, which is used in correctional facilities in multiple states.

Between 2014 and 2018 I also cofounded 2 software product companies. One company was focused on performing and recording surveys for materials that contain asbestos in commercial buildings, and the other was focused on helping e-commerce store owners with inventory management. We sold the first company, and I become sole owner of the 2nd company in 2019.

In 2019, I became the Director of Technology for a payroll company and a software architect at a digital marketing firm. For the payroll company, I managed their software infrastructure and provided guidance and advice to the Director of Operations and the company owners. At the digital marketing firm, I developed a learning management system and worked on several other custom development projects. 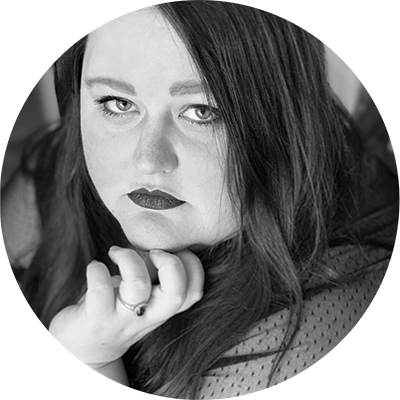 Born and raised in the LBK, Google Certified, SharpSpring CRM Super User who is passionate about putting real numbers to client success. Ashton is also on the #FAM creative team and loves helping clients launch their dreams to reality. She has over 13 years experience in leading teams, teaching, customer service, and delivering high quality work under pressure.

Ashton is excited to serve as a marketing co-chair on the Board for Texas Women in Business, as an Ambassador for the Lubbock Chamber of Commerce, and as a volunteer at the Lubbock Dream Center, Hearing the Homeless, St. Stephens, local animal shelters, and other local churches and charities.

Ashton lives in Lubbock, Texas with her husband and serves our local clients with in-person customer service, photography, and creative collaboration. 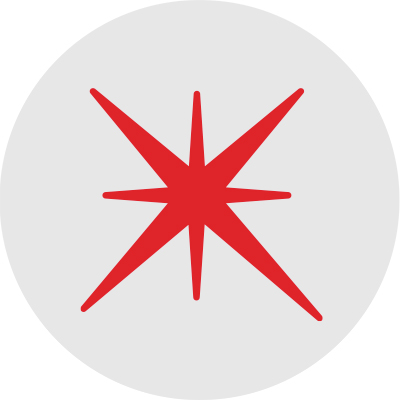 Originally from Baltimore, Carey has spent most of her life in and around the Houston area. After graduating from Texas A&M University with a B.A. in English, minors in Marketing and Psychology, and a Professional Writing Specialization, Carey began her career as a technical writer. She eventually transitioned to marketing writing, where she found a niche helping clients develop the specialized voice and style of their brand. With experience working in the medical, mortgage, IT, oil & gas, and outsource marketing industries, Carey is well-versed in handling diverse projects under tight deadlines while working with teams based across the state and around the world.

In 2015, Carey and her husband launched a 3D printing business which her husband now operates full-time with Carey running marketing behind the scenes. Carey has served as Lay Leader for her church, treasurer and co-chair for her local high school’s Project Prom committee, and works closely with Missions on Wheels, a non-profit providing portable showers and living quarter trailers to non-profit and government organizations to bolster their response to disaster and community. 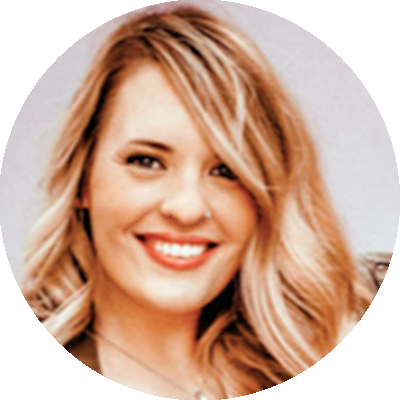 Taylor an experienced project administrator tracking large scale, multi-deliverable projects through communications using complex spreadsheets and various project management tools while providing exceptional customer service. During her last project, she tracked hundreds of documents moving through a rigorous process, with a global team, under extremely tight deadlines. She has coordinated calendar tracking, scheduling, and communicating with multiple teams. Taylor simplifies communications and can always put her finger on the exact status of any request, at any time, thereby maintaining the sanity of the rest of the team while ensuring everyone stays on schedule.

When Taylor isn’t keeping her co-workers on task with her amazing project tracking skills, she keeps busy baking cookies for Baked Bliss, the Lubbock-based bakery she co-owns with her mom and sister. 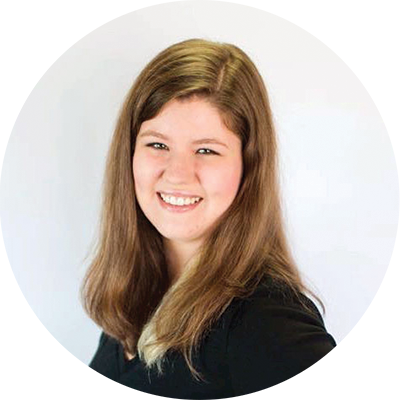 Anna Catherine currently lives and studies at a ministry school in northern California. She serves as Social Guru for Flint Avenue, specializing in social media content development for small businesses of every kind. Anna Catherine has written for several years on subjects ranging from eyelashes to scientific technologies, keeping social media accounts both professional and relatable.

A musician and a singer, she’s a huge fan of music, and she and loves to drink coffee, read fiction, and travel the world. Anna Catherine’s greatest joy is meeting people from different places and cultures and learning their stories. 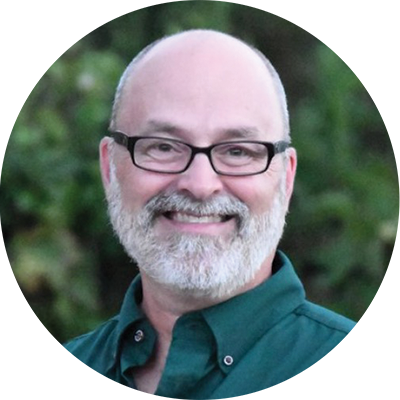 Jim has two decades of experience in design, development, and management of documentation products of hardware, software, and oil & gas products. Some highlights have been: creating an international server documentation team with team members in Taiwan, India, and the United States; writing documentation for the Chevron Wheatstone liquefied natural gas (LNG) project; being a project manager for HP documents being rebranded as HPE documentation; almost running into Steve Jobs...literally...with his car. Ask Jim about it. He never gets tired of telling the story.

Over the years, Jim has had the opportunity to work on projects for companies such as TransOcean, Baker Hughes, Chevron, Weatherford, Hewlett-Packard, Compaq, Apple, Sun Microsystems, and Stewart International. 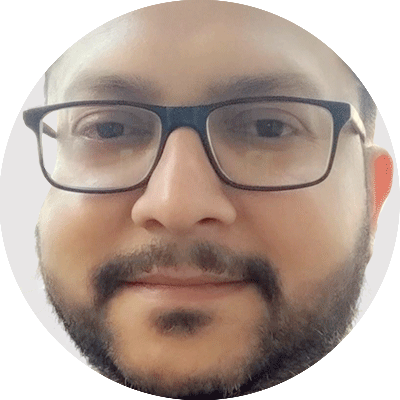 Shiladitya Guha is an Entrepreneur, Partner, and Director of Operations with over 19 years of experience in the content/tech doc industry, spanning instructional design, curriculum development, content (non-technical/creative/marketing) development, technical documentation, and conducting training on various subjects related to content development/technical documentation. Shiladitya’s specialties have included providing Content/Documentation, Business Development, and Operations solutions based on the specific situations/hurdles that clients have had, across geographical locations covering all continents. He holds a B.Com degree from The Delhi University. When he is not providing solutions to his clients or the extended India team of FA, Shiladitya spends time cooking, listening to music, following F1 racing, and watching movies. He is also a trained Acupressure/Alternative Therapy healer, and spends most of his evenings healing people at an Acupressure/Alternative Therapy clinic. Born and brought up in Kolkata, and having lived in six cities across India, Shiladitya’s home now is Bangalore, where he lives with his wife. 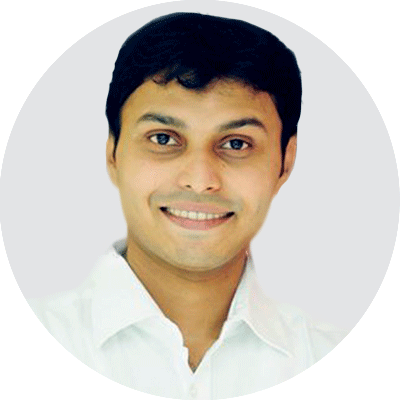 Karrthik Shettyy is an experienced Sales and Marketing Director with over 12 years of experience. With a techno-commercial background, his career has spanned across sales, account management, marketing, operations and business management, and has worked with clients in the U.S, India, South-East Asia, Europe, and Australia. He holds a Masters’ degree in IT Business from Middlesex University, London and a Bachelors’ degree in Information Science Engineering from VTU, India. Currently, he is a core team member of the India FAM set up, based in Bangalore, and is spearheading business development and client outreach. A boyhood Manchester United fan, In his spare time, he enjoys reading, watching movies, and spending quality family time with his wife and four-year-old daughter. 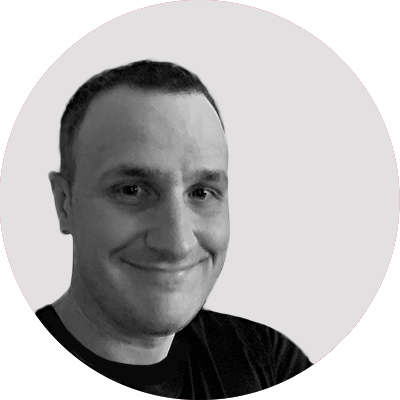 Bob is a New Hampshire-based graphic and web designer with over a decade of experience delivering design work to clients and companies across a variety of sectors throughout the country. A small sampling of the types of work he has completed over the years includes WordPress theme development, landing page/microsite design and development, UI design, web banners, logo development, branding packages, advertisements, package design, posters, brochures, annual reports, event decks, catalogs, and PowerPoint presentations. Bob’s many design skills include publication, identity, advertising, user interface, and website design, as well as print production and technical illustration.

Get a Quote!
a